Downtown Cape Coral Redevelopment Opportunity located on the most sought-after area in Cape Coral. The site consists of two existing office buildings and vacant lot totaling .75 acres of developable land located on 47th And SE 9th. The City has approved a 3.9 acre mixed-use development directly across the street called The Cove on 47th formally known as Village Square and plans to break ground on the 66M dollar development in early 2022. The Cove project consists of approximately 290 apartment units, 19,000 square feet of restaurant space including a rooftop bar. As part of the agreement, the city is contributing $20 million in sewage upgrades and $10.4 million in incentives to fund the construction of a 525-space parking garage available for public use. There are plenty of approved uses including ground floor retail and multifamily development up to 10 stories and 125 units per acre. The South Cape CRAs mission is to facilitate a vibrant urban village where people of all ages will live, work, shop, dine, and be entertained. 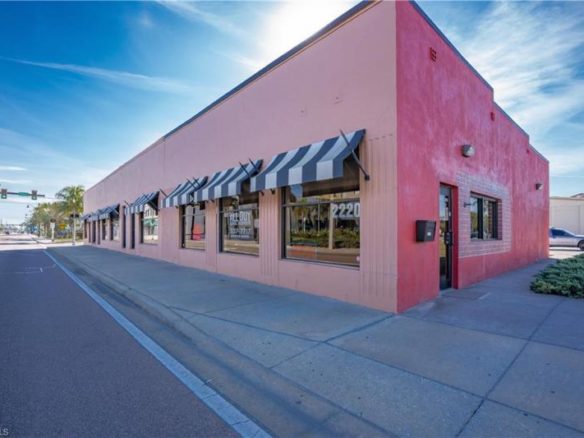 This listing is courtesy of RE/MAX Trend – Listing photos, images, maps, drawings, videos, virtual tours and other content related to the listing might be subject to copyright(s) by their respective creator(s)/owner(s). Prices are displayed based on the original currency value. Converted prices are updated daily, based on current exchange rates, and are approximate values. We are not liable for the accuracy of the content, as it was provided by third parties.

Please enter your username or email address. You will receive a link to create a new password via email.